An Important Update on 'Breaching Towards Other Futures'

With deep regret and profound frustration, Southern Exposure announces that artist Shirin Fahimi will not be present at her performance, Breaching Towards Other Futures, on Friday, February 7th.

On the morning of Tuesday, February 4th, Fahimi was denied entry into the United States and barred by Toronto-based US immigration officials from getting on her plane bound for San Francisco. As an Iranian-Canadian citizen, Shirin has traveled to the U.S multiple times since 2018. (Canadian citizens do not require a visitor visa to the U.S.) She was contracted, with the artist Morehshin Allahyari, to create this performance for Southern Exposure, to be presented at CounterPulse in conjunction with the exhibition Where do you want ghosts to reside?.

We do not know the justification for this refusal, and it seems impossible to understand why an artist would be denied entrance to a country to which she has been invited and in which she has been asked to create a project. What we do know is that the work that the current White House administration is doing to disrupt lives and dismantle communities is fundamentally unjust and borne of generations of structural bias and hatred. Southern Exposure and CounterPulse are honored to work with these artists, present their work, and support them. We are horrified that Shirin has been denied the opportunity to see this piece come to fruition, and that the Bay Area is denied the opportunity to experience this piece as it was originally intended. Staff and curators from Southern Exposure have been in regular communication with Fahimi and Allahyari since Tuesday, and, in accordance with the artists’ wishes, will be presenting a resilient, unbending adaptation of the original piece this Friday. We collectively refuse to submit to the forces of fear, oppression, and despair, and will instead continue in the process of radically making and presenting this work.

“The urgency, vitality, and necessity of this work could not be more apparent than it is right now,” said Artistic and Co-Director Valerie Imus. “We are outraged that an invited artist has been denied entry to the U.S., and are amazed and inspired by the strength and resilience of Shirin and Morehshin in responding to this moment.”

Breaching Towards Other Futures will still be showing at CounterPulse on Friday February 7 at 7pm. Breaching in this performance is not a passive act, it is an active moment, a breaking through, pulling down walls of ignorance and forcing open multiple possibilities, past, present and future. This performance is especially important in today’s world where environmental catastrophe is being exacerbated by right wing governments. Fascist policies are being implemented that are literally walling in and walling out the world’s most marginalized – from Trump’s Muslim ban, to Modi’s internet shutdown in Kashmir and bigoted citizenship bill and the most recent Netenyahu-Trump apartheid plan in occupied Palestine.

The artists, curators, staff, and community of Southern Exposure and CounterPulse stand firmly in opposition to the policies of this administration which seek to deny the free exchange of ideas and limit the ability of communities to work together. We stand together to challenge these policies, and to instead build processes that engage in dialogue across walls and borders.

Tickets: $20-$35 (no one turned away for lack of funds)
Limited tickets remain and are available at counterpulse.org or at the door 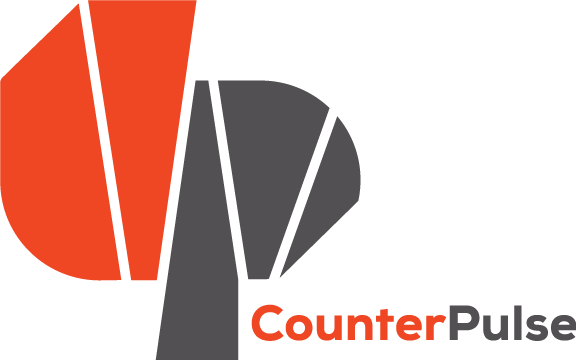