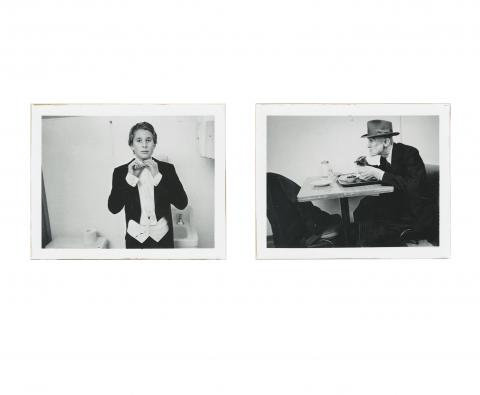 Jim Goldberg’s innovative use of image and text make him a landmark photographer of our times. He has been working with experimental storytelling for over thirty-five years, and his major projects and books include Rich and Poor (1977-85), Raised by Wolves (1985-95), Nursing Home (1986), Coming and Going (1996-present), Open See (2003-2009), The Last Son (2016), Ruby Every Fall (2016), and Candy (2013-2017). His work is in numerous private and public collections including the Museum of Modern Art, the San Francisco Museum of Modern Art, the Whitney Museum of American Art, the Getty, and the Los Angeles County Museum of Art. He is the recipient of numerous awards including three National Endowment for the Arts Fellowships, a Guggenheim Fellowship (1985), the Henri Cartier-Bresson Award (2007), and the Deutsche Börse Photography Prize (2011). Goldberg is Professor Emeritus at the California College of the Arts and is a member of Magnum Photos.  He is represented by Pace/MacGill Gallery in New York, and Casemore Kirkeby Gallery in San Francisco.