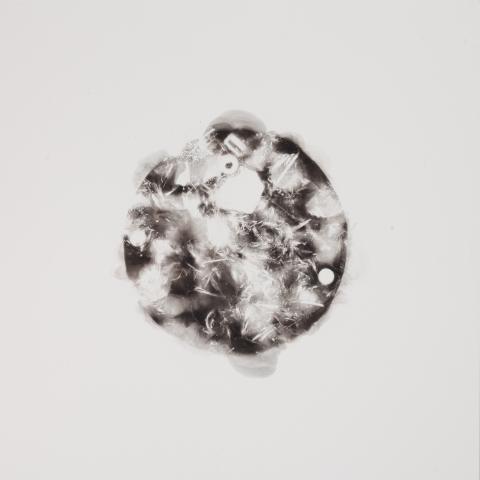 "This artwork is part of a series of works where the artist created a self-portrait of himself through the places that were important to him. In each work, he gathered materials from a specific place, laid them on the surface and applied the smoke. This piece defines the artist's studio. The works blur the line between microscopic worlds and celestial bodies."