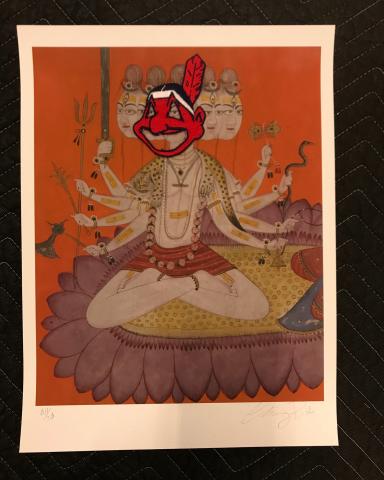 Chiraag is an artist, designer, and archivist currently living in San Francisco. He received his BFA at the Hartford Art School in Connecticut. His practice starts with collecting ephemera from various times and environments building upon a theme, which primarily relate to identity, history and popular culture. His work draws from his background in the design industry and varies in medium including Printmaking, Collage, Photography, and Assemblage. His work has been on view at various galleries and institutions including: The Smithsonian (DC), The Whitney (NY), and The Asian Art Museum (SF). He was raised in an independent motel on a New Jersey freeway with his parents, sister and rotating extended family.