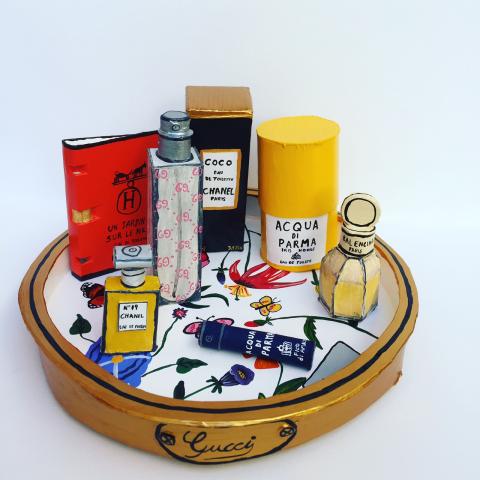 Libby Black is a painter and sculptural installation artist living in Berkeley. Her work is based on imagery culled from disparate sources like fashion magazines, snapshots, newspapers, and pop culture websites. She is interested in having the work chart a path through personal history and a broader cultural context to explore themes of impermanence and identity. She has exhibited nationally, with such shows as “Bay Area Now 4” at Yerba Buena Center for the Arts in 2005; “2004 California Biennial” at the Orange County Museum of Art, Newport Beach; and at numerous galleries in New York, Los Angeles, and San Francisco. Black has been an artist in residence at Headlands Center for the Arts in Sausalito and Montalvo Arts Center in Saratoga. Her work has been reviewed in Artforum, Art in America, ARTnews, Zink magazine, Flash Art, and The New York Times. She received a BFA from Cleveland Institute of Art in 1999 and an MFA at The California College of the Arts in 2001. Libby is an Assistant Professor at San Francisco State University.